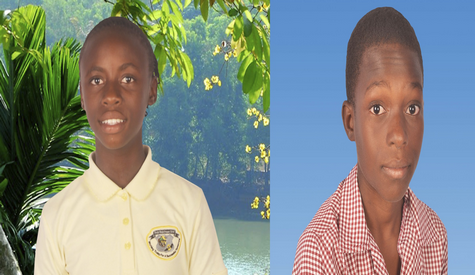 Jazarah Claxton, a student of the Bronte Welsh Primary School and Alexis Daniel from the St. Pauls Primary School will represent St. Kitts and Nevis at the 2018 Football For Friendship (F4F) Programme to be held in Russia in the lead up to the 2018 FIFA World Cup. Claxton was voted female player of the year in the primary school football competition, while Daniel was voted as top defender in the said competition. F4F is the international children’s social programme implemented since 2013.

As part of the F4F, there will be an International Children’s Forum, sponsored by Gazprom. Each participating country will send a young football player as a country ambassador and a young journalist, who are both students. The journalists should cover the young player’s activities and the F4F 2018 events within the implementation of the programme.

The programme aims at developing youth football and a healthy lifestyle as well as promoting tolerance, open mindedness ad friendship among children from across the globe. The key values of the programme including friendship, equality, fairness, health, peace, devotion, victory, traditions and honor. The programme is supported by FIFA, UEFA, Olympic and Paralympic Committee football federations, children’s foundations, hundreds of famous athletes and thousands of journalists around the globe.

These two candidates, a youth coach and a representative of the St. Kitts and Nevis Football Association (SKNFA) will be attending the Programme from June 8-15 in Moscow, Russia. While in Russia, they will get the opportunity to see the opening match of the FIFA World Cup. There will be a three day international Friendship Camp, Football for Friendship World Championships and International Children’s Forum. The SKNFA will provide more information on the trip and the persons who will be representing the programme in a future press release.