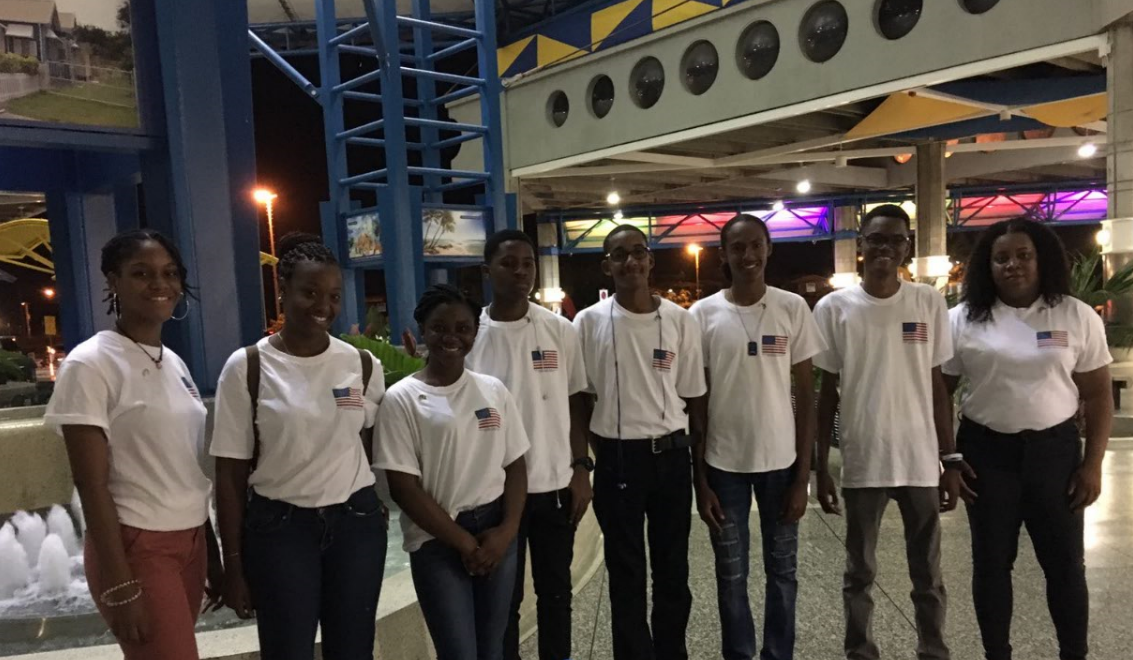 Seven Youth Ambassadors from the Eastern Caribbean will travel to the United States in August for the 2018 Youth Ambassadors Program in the Caribbean. During their exchange, participants will focus on the program’s themes of civic education, leadership, and community service. Students will also create social action plans at the end of their community program that each will then implement in his or her country.

Richardo Lockhart of Antigua and Barbuda; Kai Allman, of Barbados; Aliyah Jean-Jacques of Dominica; Rhion Charles of Grenada; Jhie Auguste of St. Lucia; Safin Connor of St. Kitts and Nevis; and Rhobyn Barnabe-Grant of St. Vincent and the Grenadines, accompanied by mentor, Natasha Nation of Dominica will take part in the three-week exchange program, along with participants from The Bahamas, Guyana, Jamaica, Suriname, and Trinidad and Tobago.

The goals of the exchange program are to prepare youth leaders to become responsible citizens and contributing members of their communities; foster relationships among youth from different ethnic, religious, and national groups; create networks of hemispheric youth leaders; and promote mutual understanding between the people of the United States, South America, and the Caribbean.

The program will begin on August 7 in Vermont, and concludes in Washington, D.C. on August 28.

Since 2007, World Learning has implemented the Youth Ambassadors Program. World Learning is an American nonprofit organization advancing leadership in more than 60 countries. Its mission is to empower people and strengthen institutions through education, sustainable development, and exchange programs.