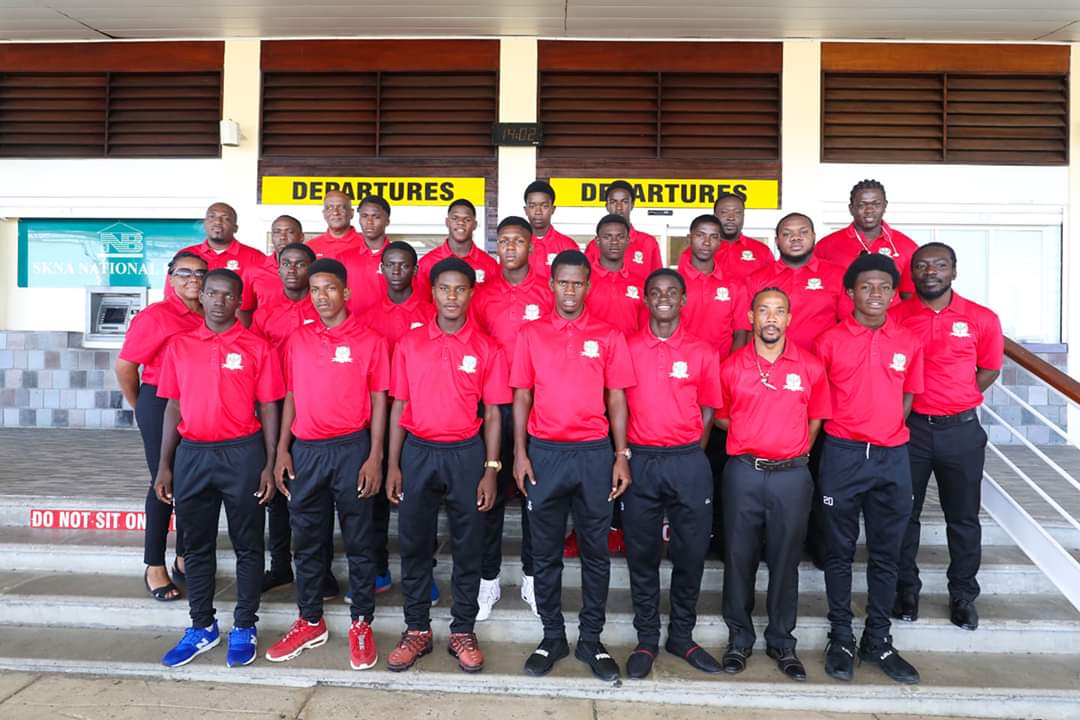 St. Kitts and Nevis U17-Men’s team departed the Federation yesterday, Thursday 28th March 2019 for Tampa Florida, where they will be competing in the CONCACAF Qualification Round.

The qualifying round occurred from March 16-24, for Groups A and C) while April 1-9, for Groups B and D. The final championship (Groups E, F, G, H and the knockout stage) will be played from May 1-16.

There are a total of 35 teams competing in eight groups. The top finisher in each of the first four groups from the qualifying round will advance to the knockout stage.

The qualifying round consists of the following teams.

The top three finishers in each of the next four groups during the group stage will join the four teams from the qualifying round into the single-elimination Round of 16.

Team St. Kitts and Nevis’ full squad is as follows:

The Technical Staff are:

The group stage consists of the following teams.

The four teams that reach the semifinals qualify for the FIFA U-17 World Cup in Peru.