US President Trump to meet Caribbean leaders, St Kitts and Nevis’ Prime Minister Harris not among the five 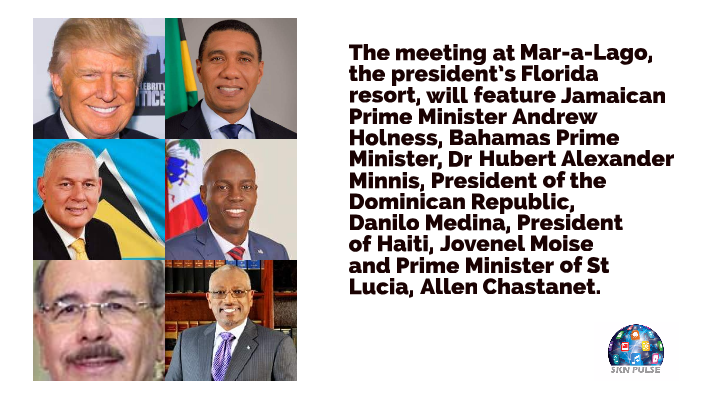 St Kitts and Nevis’ Prime Minister Dr Timothy Harris, who is also current chairman of the Caribbean Community Heads of Government is not among them.

The White House said Tuesday Mr Trump will meet with the Caribbean leaders in an effort to strengthen cooperation on security and trade issues.

According to reports, White House Press Secretary Sarah Sanders says Trump will use the meeting to thank the leaders for their support for peace and democracy in Venezuela.
She says Trump will also discuss potential opportunities for energy investment.

“The United States remains a good friend to the Caribbean and seeks to build on a proud legacy as the region’s partner of choice.”