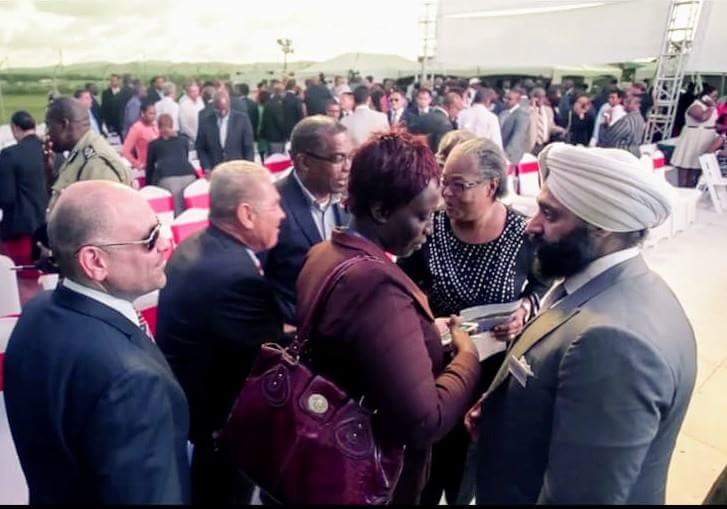 A source in St. John’s, the Antigua capital, said St. Kitts and Nevis Minister of Energy, Hon. Ian Patches Liburd may have held a private meeting with Mr. Virdee during a visit to Antigua to witness the launching of a 3 megawatt solar farm, financed and installed by PV Energy, which is owned by Virdee.

The ceremony was held in Antigua where then Minister of Energy in Antigua, Hon. Asot Michael also recognised Mr. Liburd among the invited guests.

The ceremony was held on February 25, 2016 and Mr. Virdee met and had contact with Prime Minister Harris several times in person and by telephone.

The 12th March 2016 transcript of the telephone conversation taped by the German police and documented in the May 11th 2018 ruling of Lord Justice Holroyde and Mr. Justice Dingemans, Mr. Peter Virdee is recorded as telling his business partner, Mr, Dieter Trutschler, that the Prime Minister of St. Kitts, Dr. Harris was visiting London, that he had spoken to Dr. Harris at the airport hotel when he was in transit on his way to Dubai, and he Harris told him ‘Look, I am in favour of this, I will send my minister down.’ Financing of the next election campaign was also discussed.

Mr. Virdee also told Mr, Trutschler that he was taking Dr. Harris and his entourage out for dinner and then an after party and that Dr. Harris had asked him for ‘a nice watch’ and also that he had ‘not the time to go and entertain and go and meet him at airports and take him out for lunches and take eight of them out to dinner and buy him a watch and buy him this and buy him shoes.’

Image taken from the video of St. Kitts and Nevis Energy Minister Ian Patches Liburd (third from left) in the company of Peter Virdee (right) in Antigua