Who was buried Wednesday at St. Kitts’ Springfield Cemetery? 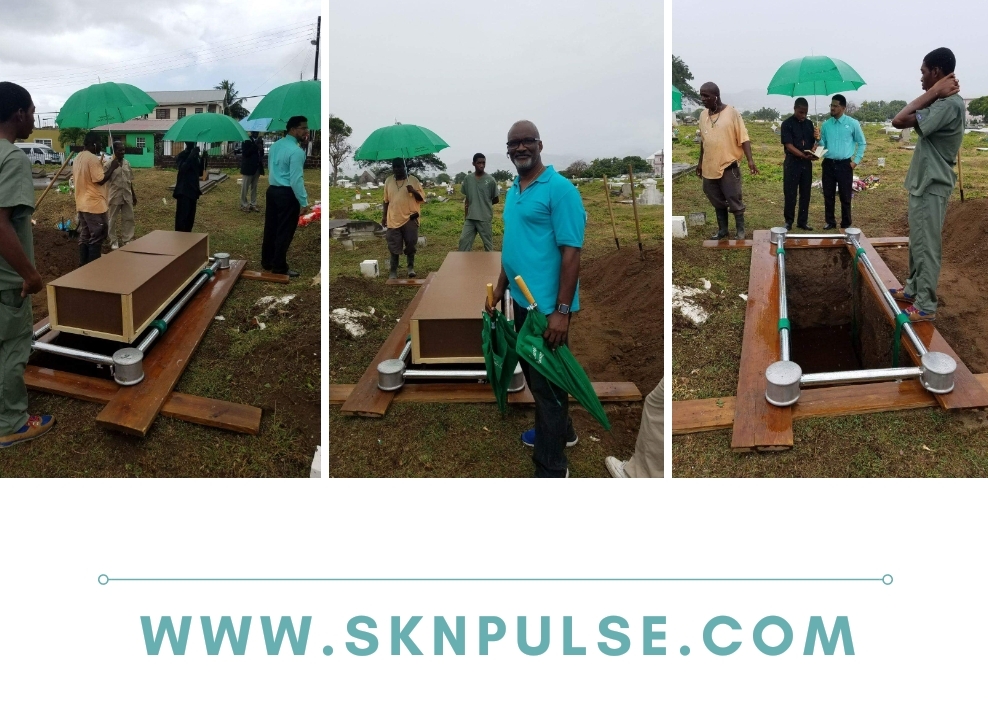 Photos posted on social media of the internment of “John Doe”.

Basseterre, St. Kitts, May 3, 2018 – The body of a “John Doe” was interred at the Springfield Cemetery in Basseterre on Wednesday.

“The body was that of a John Doe,” said Rev. Damian Hughes, who is seen in a photo posted on social media officiating during a burial ceremony.

According to sources the body in the makeshift wooden coffin is believed to be the male person found at Ottley’s Level and whom police said Thursday has not been identified.

Police said forensic pathologist, Dr. Valery Alexandrov, who performed an autopsy on the body “ruled that the cause of death was inconclusive due to the advanced stage of decomposition.”

There was also no immediate information whether police have followed up with family members concerning a name with photo of an individual who is linked to the body was found in a decomposed state in a building at Ottley’s Level.

Observers note that no there has been no missing person’s report from a private citizen or resident or a bulletin from police.

The last official missing person’s bulletin issued by the police was that of Newton Ground resident Priston Flemming who went missing on February 27. His body was found in the Old Road mountain on April 1.