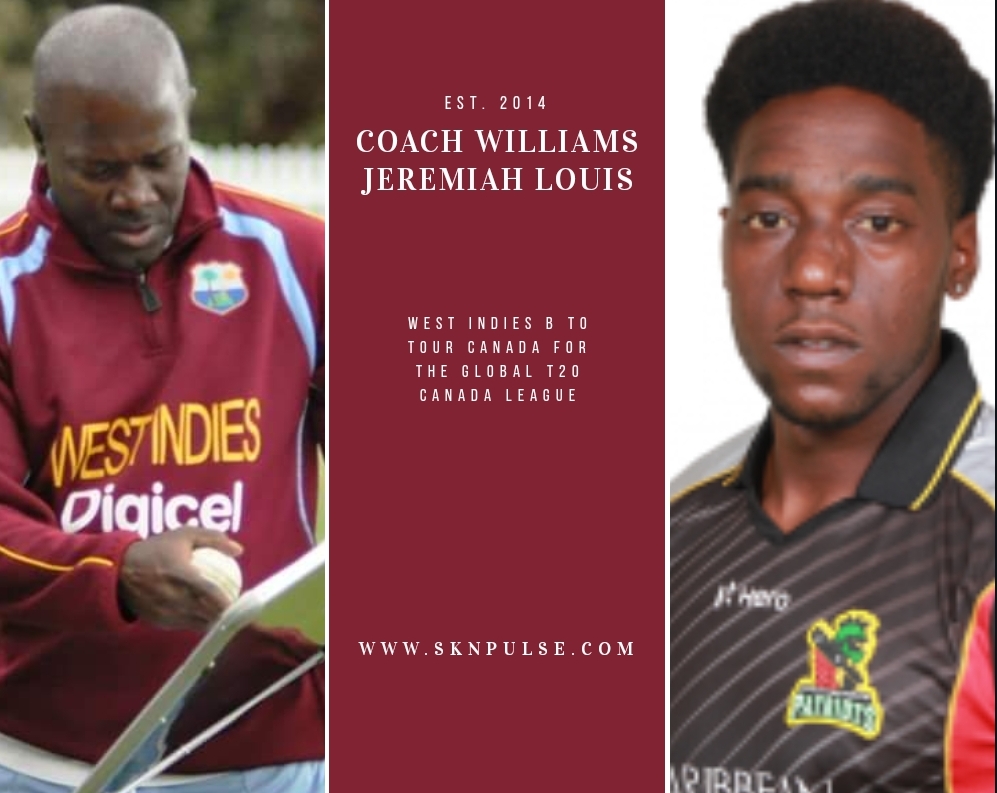 SKN PULSE – The West Indies selectors have picked a ‘B’ squad that will compete in the inaugural Global T20 Canada League that will run from June 28 to July 15. Games will be played at the Maple Leaf Cricket Club, Toronto.

Former Nevisian opening Batsman, Stuart Williams has been appointed Coach while Kittitian all-rounder Jeremiah Louis has earned a selection in the squad. Williams has previously served as coach for the Senior West Indies team and is currently the Chairman of Selectors for the Leeward Islands Cricket Team. Jeremiah Louis continues to make a name for himself in Regional cricket as his consistency has now afford him the possibility to gain further experience in the shorter version of the game.

The international tournament is set to attract other elite T20 players from across the world.

According to Chairman of Selectors, Courtney Browne said that with the Test and ‘A’ teams currently on tour, the Global T20 presents an opportunity for the panel to see some of our developing players in the region. Browne stated, “the exposure and added development will assist us with identifying players with the potential to develop into international T20 cricketers,”.

The squad is slated to depart on June 14.

The tournament comprises of Twenty-two matches in a round-robin format followed by playoffs. The championship match will be held on July 15.