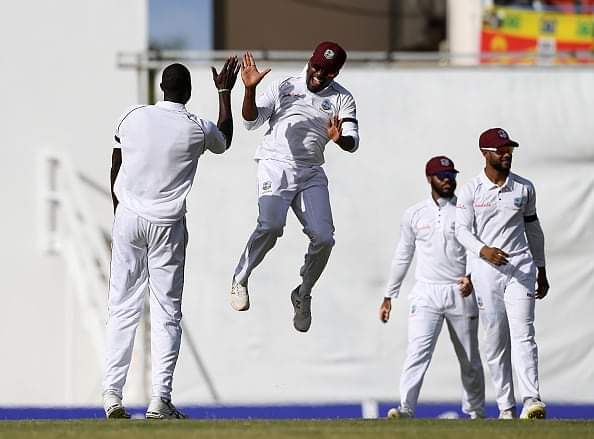 Inspired by Captain Holder’s brilliant batting performance and the team’s performance in the first test against England at Kensington Oval in Barbados which saw the West Indies team inflict a 381 run defeat on the tourist – The Caribbean men continued in the same vein of grit, determination and resurgence to inflict even a more convincing defeat on Joe Root’s team at the Sir Vivian Grounds by some ten wickets and two days to spare.

For first time in 10 years, the West Indies have regained the Wisden Trophy after clinching the three match series.

Suffering from the overnight loss of his mother, Alzarri Joseph played a critical role for his team as he braved the situation and took the field. He claimed two wickets and featured at the end of the innings with a catch off Holder to dismiss England’s last man out, James Anderson, for a duck.

Indeed Captain Holder and his team deserve all the congratulatory remarks on the excellent performances thus far in the series which is extremely pleasing to Caribbean cricket lovers.

The final test starts in St. Lucia on Saturday.