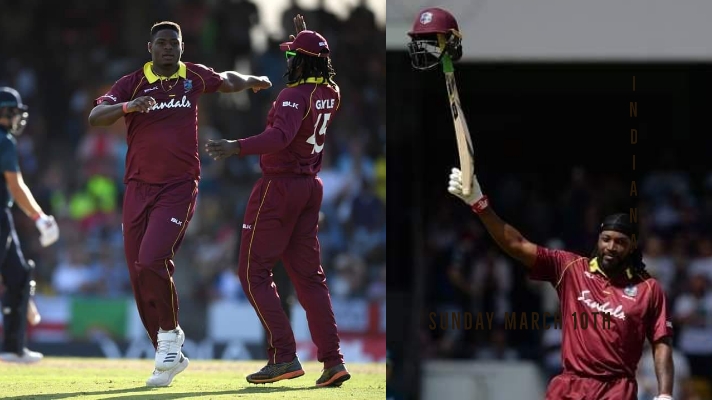 A dominant performance by the West Indies have players in full celebratory mode after demolishing England for 113, their lowest One day total against the Windies. Young Jamaican Speedster, Oshane Thomas bagged 5-21 off 5.1 overs.

Needing just 114 to win, Gayle dominated the innings with 9 sixes, 5 fours and a strike rate of 285.18. Gayle struck the fastest half century by a West Indian player, 50 runs off of 19 deliveries. Gayle’s innings led his team to victory even though he was bowled for 77 (27 deliveries).

Windies won the final ODI by seven wickets and 227 balls to spare; drawing the series 2-2.

Hales and Bulter were the two top scorers for England with 23 each.

Holder and Braithwaite complimented Thomas as they both took two wickets each. Sheldon Cottrell finished with one wicket.

Thomas was awarded player of the March as be bagged 5 Wickets for 21 runs.