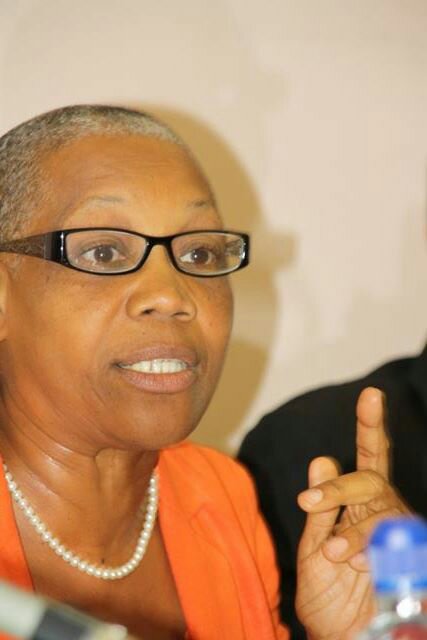 BASSETERRE, ST. KITTS, AUGUST 3RD 2017 –  The Federation’s GDP has not only plummeted from number one to number six in the Eastern Caribbean Currency Union (ECCU) under Team Unity, but also in the World Bank’s Annual Ease of Doing Business report.

Chairperson of the opposition St. Kitts-Nevis Labour Party, Hon. Marcella Liburd read from page 33 of the Team Unity manifesto which stated: “The Federation of St. Kitts and Nevis currently ranks at 121 out of 189 countries in the World Bank’s Annual Doing Business Report and that it was totally unacceptable .”

“Today, St. Kitts and Nevis is ranked at 134. That is a drop of 13 places under the watch of the Team Unity Government headed by Prime Minister Harris. That is 13 places worst than where we were in 2014. If 121 were ‘totally unacceptable,’ I would want to hear from the St. Kitts and Nevis Information Service (SKNIS). Wallis Wilkin (Times Caribbean and PLP strategist) and the other Government apologists, describe what our position of 134 is like in just two years of the Team Unity Government,” said Ms. Liburd, who is also the Parliamentary Representative for St. Christoipoher 3 (Central Basseterre).

St. Kitts and Nevis’ position of 134 of 189 countries in the World Bank’s Annual Ease of Doing Business Report was confirmed on Tuesday during a meeting between the Parliamentary Opposition members lead by the Right Hon. Dr. Denzil L. Douglas and a delegation from the Eastern Caribbean Central Bank (ECCB) headed by Governor Timothy Antione.

“St. Kitts and Nevis is worst off in economic growth. We have moved from 7 percent to just about 3 percent. We have had continued contraction in the St. Kitts and Nevis economy as a result of a deceleration in tourism-linked sectors, contraction in manufacturing output, a narrowing of the overall fiscal surplus and a significant widening of the current account deficit.

This is because of the incompetence, the greed, poor leadership of Prime Minister Harris and the country and the people are suffering,” said Liburd.

Economies are ranked on their ease of doing business, from 1–190. A high ease of doing business ranking means the regulatory environment is more conducive to the starting and operation of a local firm. The rankings are determined by sorting the aggregate distance to frontier scores on 10 topics, each consisting of several indicators, giving equal weight to each topic. The rankings for all economies are benchmarked to June 2016.

Tuesday’s meeting with the ECCB officials also confirmed that St. Kitts and Nevis has tumbled down the ladder and is now number six of the eight ECCU countries in projected growth for 2017.