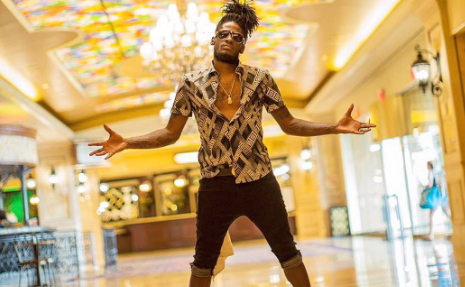 Fresh from a pair of concerts in The Bahamas over the Heroes Day weekend, dancehall luminary Aidonia continues to surge on the international circuit. Enjoying a superb year with tracks like ‘Yeah Yeah’, IG Girls, Fire and ‘Banga’, the 4th Genna deejay has been given the nod as one of the nominees for this year’s MOBO Awards in the category of ‘Best Reggae Act’. Other nominees include Reggae crooners Chronixx and Damian Marley with Alkaline and Popcaan rounding off the list.Alluding to his nomination Aidonia says, “2017 has been a great year so far, it’s a joy to see all the work we have been putting in over the years, not just this year is slowly paying off. I am thankful for the recognition and want to say respect to the MOBO’s, the fans and everyone that played a part in making this happen.”Previous winners of the ‘Best Reggae Act’ category includes Gyptian in 2010; Sean Paul twice in 2013 and 2014, and Popcaan in 2016. Set to unfold on Wednesday, November 29 at the First Direct Arena, the prestigious MOBO Awards returns to Leeds for its 22nd anniversary as it showcases the best in urban music.

This will be the second time MOBO has hosted the awards in Leeds, following the show in 2015, which was the fastest selling arena, show in recent years. The evening was glittered with highlights fitting of the leading urban music awards show.With preparations for the spectacular live show underway, Kanya King, MOBO Founder and CEO, commented: “We are truly excited to return to Leeds – we had an amazing experience here two years ago thanks to all our partners and a very enthusiastic and welcoming audience. I still have people coming up to me saying what an electrifying show it was. Looking at the list of musical talent this year, it promises to be another exciting celebration of the best in urban music”.The MOBO Organisation was founded in 1996 to champion and elevate urban music genres in the mainstream music industry. Since its inception, MOBO has consistently offered opportunities and mass media platforms to countless artistes in the broadest range of genres including R&B, Soul, Hip Hop, Jazz, Gospel, Garage, Reggae, Grime and African music.

Tyson says NRP’s Rent To Own Initiative another Option for Nevisians: Brantley says it’s a Hoax