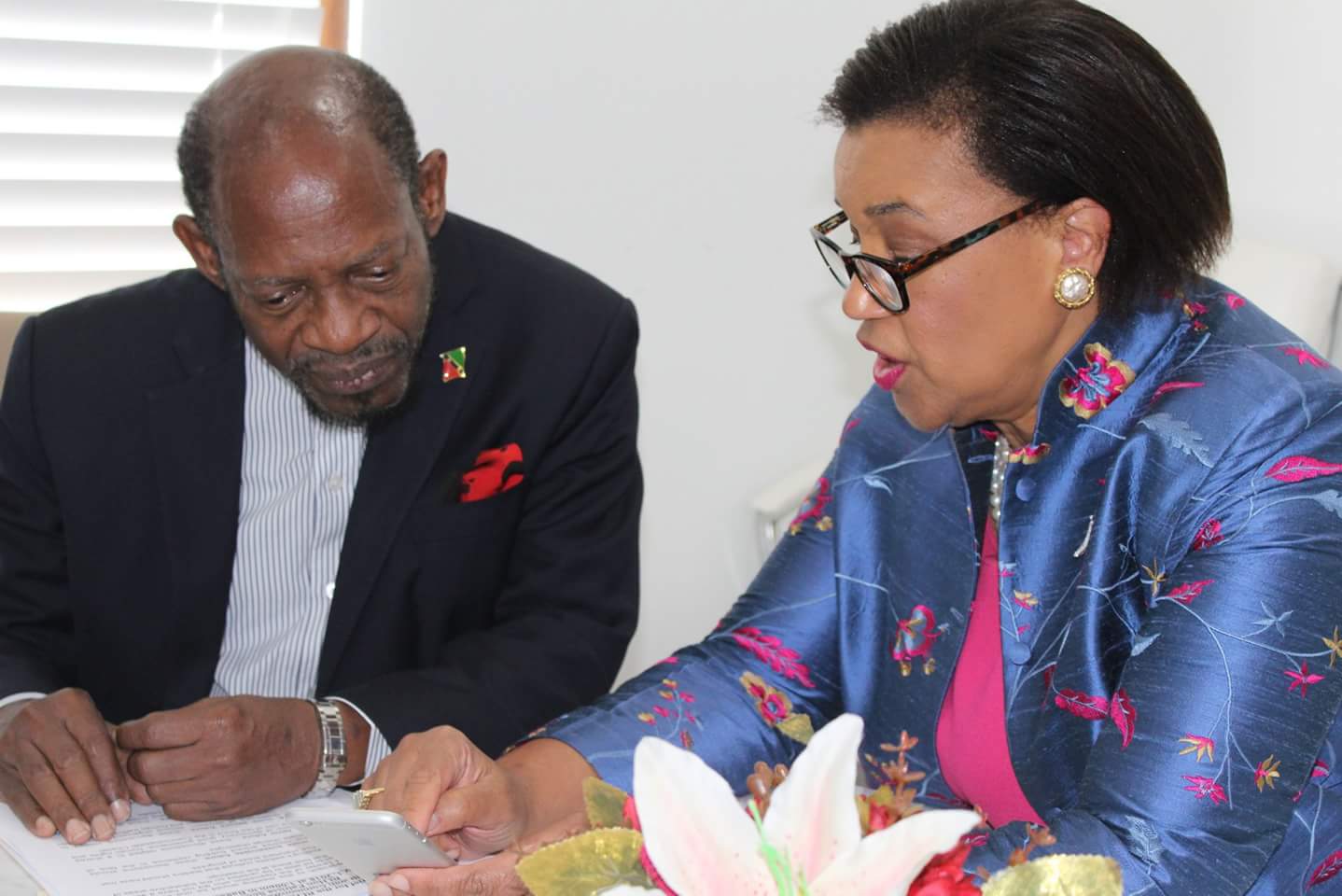 “This is a very important development which not only brings information to the government and opposition, but also the peoples of the 53-member Commonwealth,” said Dr. Douglas during a courtesy call by the London-based official.

“It brings Small Island Developing States within the Commonwealth on par with developed countries. It provides an opportunity its role in the sustainable future of the Commonwealth,” said the former prime minister who commended Baroness Scotland for her vision and innovation.

The Hub provides the opportunity for countries to showcase what they have to offer in terms of ideas, knowledge, and expertise with the Commonwealth and the wider world.

It is available on the Commonwealth’s website under the category “Hot Topics.” 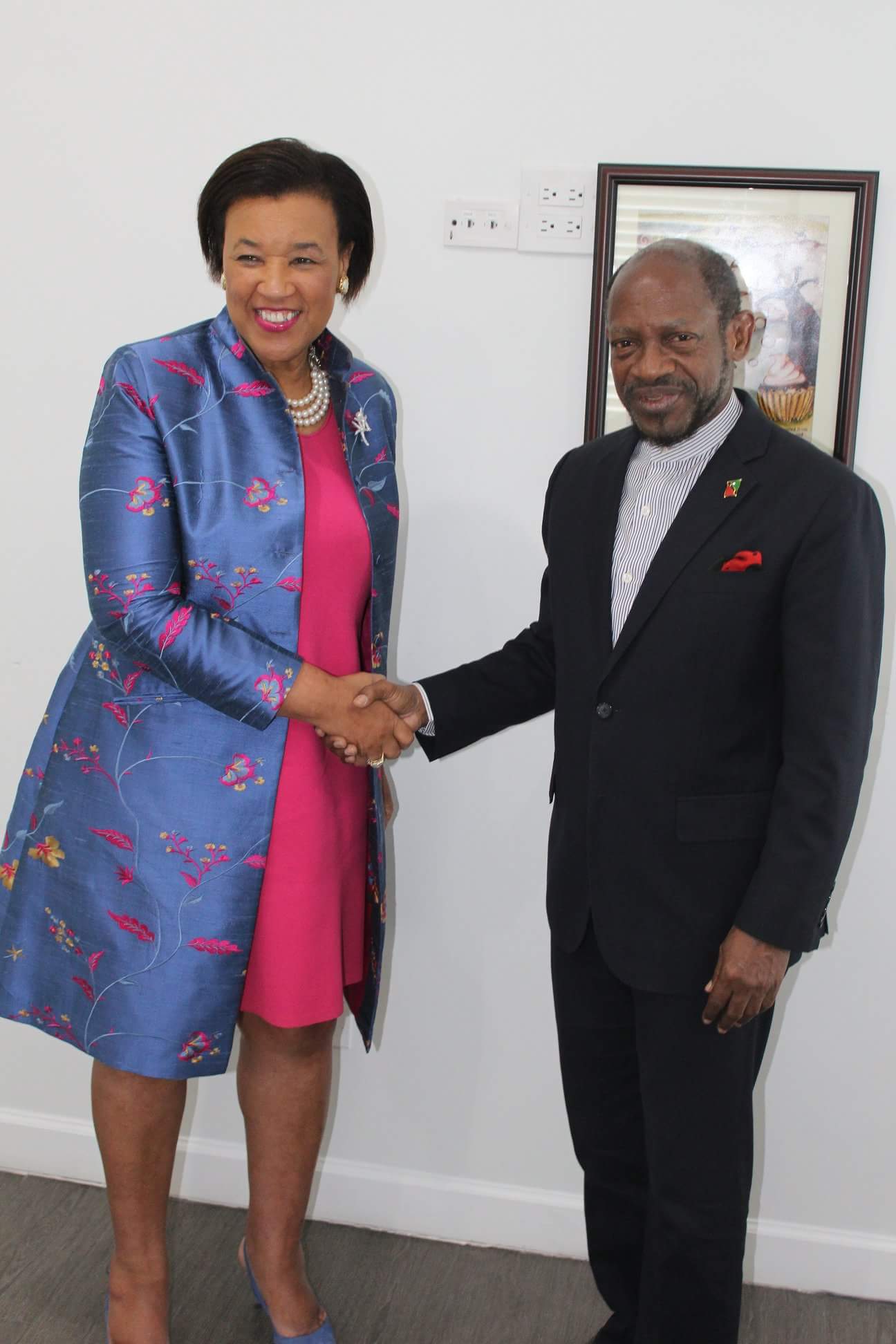 Baroness Scotland also informed Dr. Douglas and Sen. the Hon. Nigel Carty that the Commonwealth Secretariat has also partnered with the Global Innovation Fund (GIF) to promote innovation that can accelerate inclusive and equitable socio-economic development across the Commonwealth.

According to the website, an understanding has been signed between the two organisations to collaborate and mobilise resources to this end.

The two entities will work together to establish the Commonwealth Innovation Fund (CIF), which proposes to use the GIF’s existing due-diligence processes for sourcing, evaluating and investing to generate a high-quality portfolio of enterprises that are aligned with the Commonwealth Secretariat’s priorities.

The GIF will manage the Fund and its investments, while the Commonwealth Secretariat and CIF donors will play an active role in the governance of the Fund.

Further, the CIF will deploy grant, equity, and debt investments to support innovators across the Commonwealth to accelerate development, testing and scaling up of evidence-based and market-tested.

Born on 19 August 1955, Baroness Scotland is a British barrister who served in ministerial positions within the UK Government, most notably as the Attorney General for England and Wales and Advocate General for Northern Ireland.

At the 2015 Commonwealth Heads of Government Meeting she was elected the 6th Secretary-General of the Commonwealth of Nations and took office on 1 April 2016. She is the first woman to hold the post. She is a dual citizen of the United Kingdom and Dominica.

Photo 1 – Leader of the Opposition, the Right Hon. Dr. Denzil L. Douglas and Secretary General of the Commonwealth, Her Excellency Baroness Scotland look at the Commonwealth Innovation Hub Websites.

11 persons charged for possession of one firearm