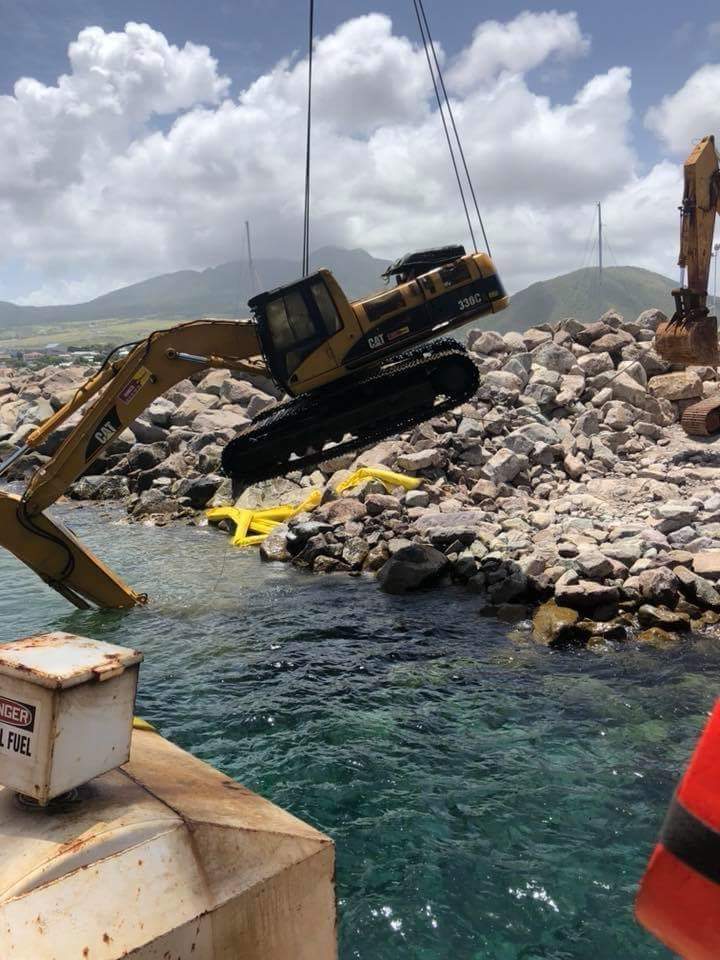 Basseterre, St. Kitts, June 18, 2018 – An excavator which plunged into the sea on the western side of the existing cruise ship pier at Port Zante on June 8, was pulled from its watery grave today Monday June 18. 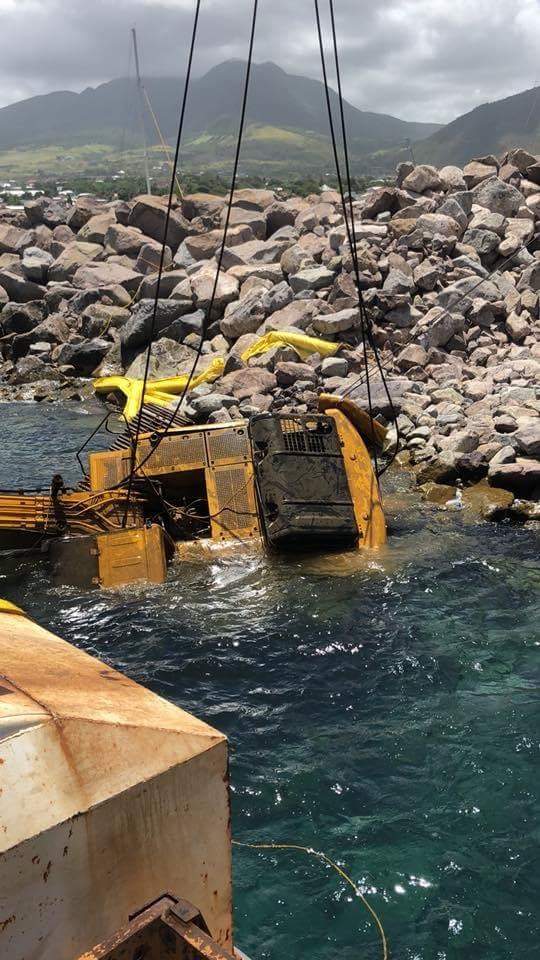 The operator of the heavy equipment miraculously escaped death or serious injury when the incident occurred at the construction site of the controversial second cruise ship pier at Port Zante.

The excavator toppled into the sea on June 8 when it lifted one of the huge boulders that protect the bulkhead at Port Zante.

The driver who was trapped under water kicked out the glass section of the excavator to avoid drowning. 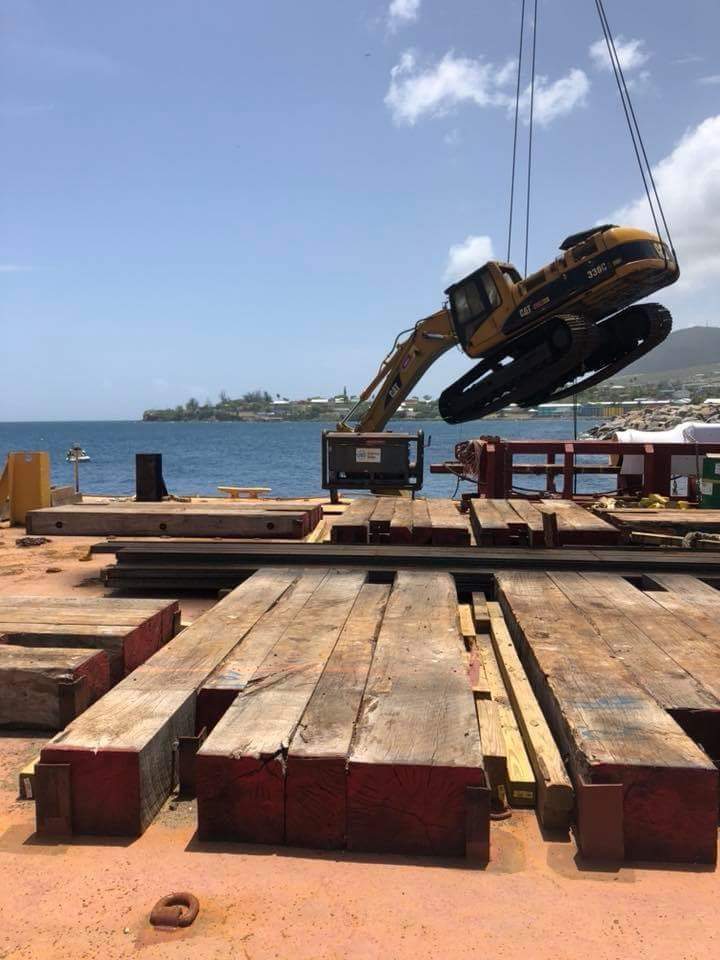 Work grounded to a halt. Construction began earlier this month.

In keeping with the government’s policy of suppressing information, there has been no report of the salvaging or of the incident from the main contractors involved in the project, the Canadian Commercial Corporation (CCC), prime subcontractor JV Driver, the St. Christopher Air and Sea Ports Authority (SCASPA), the Minister of Infrastructure, Hon. Ian Patches Liburd, the Minister of Tourism, Hon. Lindsay Grant, the Minister of Labour, Hon. Vance Amory, the Urban Development Corporation (UDC) or Coast Gurad Unit of the St. Kitts-Nevis Defence Force or the St. Christopher and Nevis Police Force. 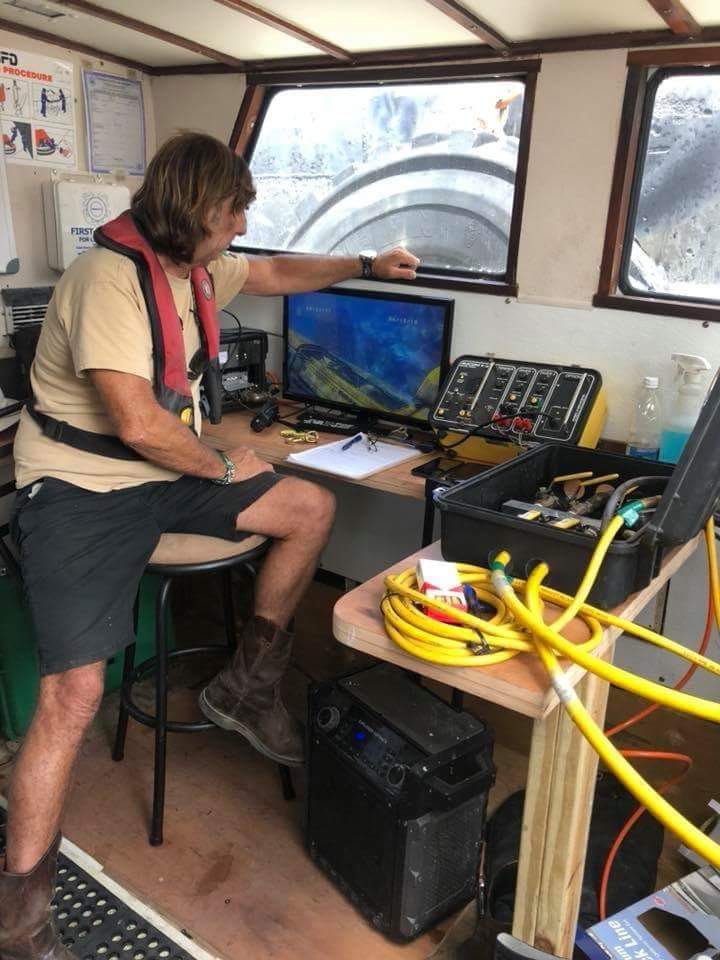